I finished the paintjob on my first Kastelan today.
It still needs markings and insignia but the actual paintscheme is done.

For bonus points, on saturday I was able to finally get around to painting my Titan Princeps in honor of the announcement of the new Warlord Titans 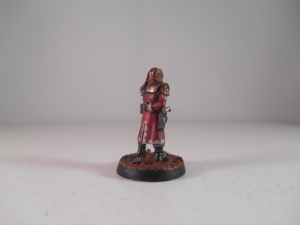 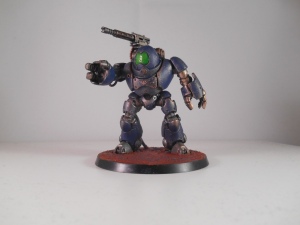 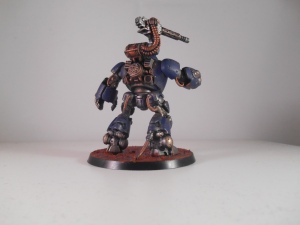 After a lot of hopping up and down in joy over the Warlord’s debut at Warhammer World this weekend (they had FOUR of them in the displays!) I’ve made the dubiously sane decision to buy one.

The price-point is estimated at £1200. easily twice as much as the Reaver. I’m hoping that includes the weapon systems, because Reaver weapons run at about £50 each and spending another £200 on top of the base cost would be pushing it.

I estimate that constructing and painting the Warlord will take me about five months. maybe less if I’m really on the ball. I’m going to be taking everything I’ve learned building Meliora Bellator and applying it to this project.
We’re talking heavy use of pinning and bolts. countersinking magnets into the shoulders. stuff like that.
My reaver is adaptable, I can swap out any of the weapons, however the power fist is a chore to deal with, requiring power tools to remove it safely.

At any rate, spreading the £1200 price-tag over five months averages out at £8 a day. I think I get good value for money! And the biggest and baddest war machine anyone can bring to bear in Manchester’s gaming community, full stop. So there’s that too!

For bonus points, my house-mate has been infected by the same madness as me and has also pledged to buy a warlord. So we’ll be sharing resources and tools. as well as experiences in the process.

After news got around at my local store, I’ve already received a preemptive Challenge from store staff for a 10k point battle in which both warlords face down an entire armoured company of Guard.
I fancy my chances…

Since the first one was such a roaring success, I decided to build it a brother!

Nothing much to say on construction, it’s pretty nigh identically built.
I had to buy a bunch more stuff to do it, but I’m not the slightest bit regretting the decision 😛
Bonus points: I get a new Deathstrike to pair with the first one!

I’ll figure out what to do with two helldrakes worth of wing and head parts later.
Maybe some terrain pieces…

the new one is the one on the left with the silvery base rim.

As far as painting went: I didn’t quite manage to keep the smoothness on the plates. I think that was my primary mistake, the result looks like it has too much paint on it.
I added too much typhus corrosion to the model and it gave it a grainy effect all over.
Should of just done it on the exposed workings and left the plates alone.
Ah well, live and learn, maybe if I make another I’ll remember this 😛

Following on from yesterday’s dramatic foray into the realms of the Dark Mechanicum.

Here are the fruits of my labours this afternoon.
Total painting time, approximately four hours. 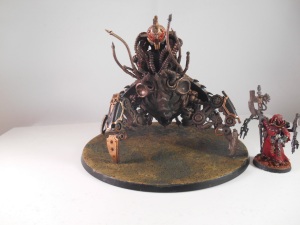 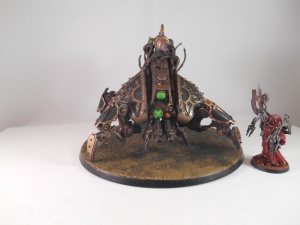 It was inevitable I’d crack really.
It was the Onager Dunecrawler’s legs that finally broke me of the chains of Mars
Dem Legs. They go all the way up.

And so, I worked long through the witching hour and created my first Daemon Engine.

Behold! The First of many warp-fueled monstrosities I shall craft in the name of the dark gods! 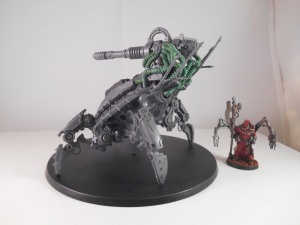 on the tabletop, it counts broadly as an Onager Dunecrawler with neutron laser and the servo-arm upgrade. depending on the opposition, WYSIWYG may apply and it actually gets to use the twin linked heavy bolter too 😛

I was delighted to discover that the gun assembly to the Particle Cannon/ Heat Ray of a necron triarch stalker actually fits -perfectly- to the neutron laser. there’s no chopping there, the tab literally fits in the hole correctly. tight enough it didn’t actually need glue to hold it in place…
So that’s going to be used again for future projects 😛

I have a special place in my heart for the Assassinorium

Here, some of the coolest fluff in 40k can be found!
So, I picked up the Officio Assassinorium dataslate a couple months back and with a friend, we resolved to acquire all the assassins.

The problem: All the assassin models are about three or four editions of the game out of date. they’re all white-metal and they have that stocky cheese-factor that all warhammer did back then.
The dataslate describes creepy horror and we get grinning skullmasks and a pose that looks like a particularly painful exercise routine.

So I decided that Would Not Do.

With that in mind, I’m converting my way through all six Assassin houses.
Vindicare, Callidus, Eversor, Culexus, Venenum and Vanum.

I have the old Eversor in metal (the OOP one that’s holding a severed head in one hand for extra cheese)
And I converted my Venenum a long time ago using parts of a Culexus assassin. Mystery to me is what I did with his head…that could be useful if it turns up! But The venenum, cool as it turned out, is kinda vanilla still. particularly compared to my more recent conversions, so I’m going to redo it when I get that far.

The Culexus and Callidus, I’ve used parts from the Dark Eldar Scourge kit and some misc bitz from my bitz boxes to produce…Actually really quite cool IMHO models. 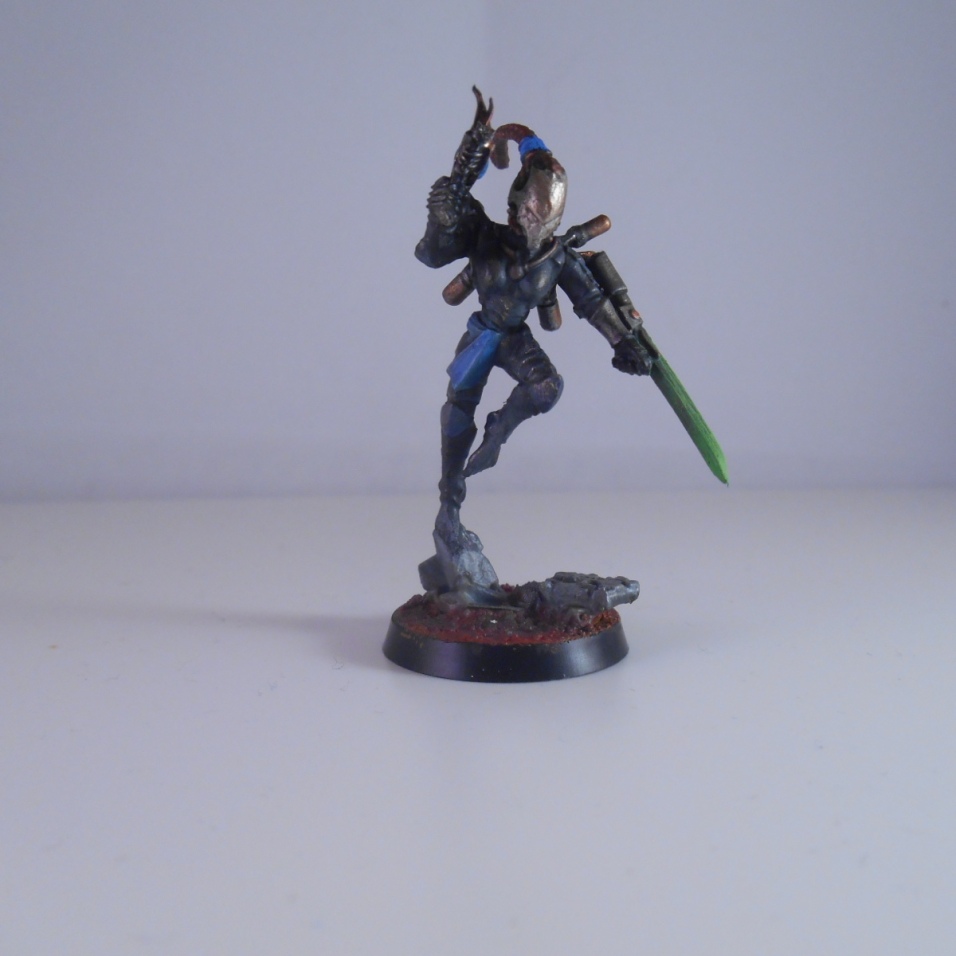 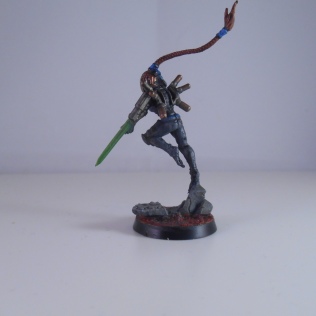 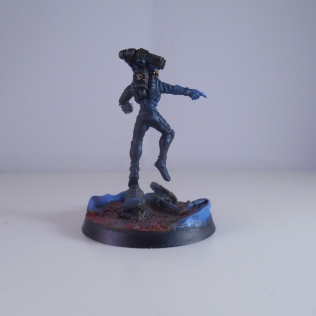